Get an Epic Experience with Premium

Don't miss the chance to try your luck at the giveaway team Curse's member Voyboy is hosting! It is now live and the rewards are a keyboard and a custom Curse jersey signed by him, as well as a one hour lesson with Voyboy. The giveaway will be running until Friday (11/22).

Make sure to check it here or here! Good luck!

We just deployed our latest versions to the PBE, including fixes for the login error and missing audio bug. If you're still seeing either issue please post here and let us know.

More on the LP "Blackout"

Why.The.Fk.You.Link.Chat processes.With LP calculations.
What. the. FK. Why don't you seperate LP gain function and message sending function ? why do you need to turn off LP calculation function completely , just because your message sending function inside sends an exception since the code no longer exists or active.
im no code expert or anything , just a cs student.no mean the insult but seriously rincewind , wtf.
p.s. : i havent played any ranked games today , im interested as a programmer here.

A simple analogy would be of a MISD pipeline. https://en.wikipedia.org/wiki/MISD. It you turned off the data stream all others processes depending on it would be processing nothing.

We are tweaking our controls that we have in place to handle the situation better.


So is it all working now? O.o

yes it has been working since the end of incident 20:07 GMT.


Sorry if I'm wrong or offended anyone but by reading that post...
I'm highly convinced that someone pressed the wrong button or someone just hurried the process and made people skipped some essencial steps
please some technician/people who knows computers prove me wrong and explain what that post actually means

I'm currently studying computer programming atm, only started so don't assume I'm any good at it

thx a lot and it would help me greatly

This is not a case of someone missing/skipping an essential step. Preparations like this go through multiple stages of testing of dev, loadtest, pbe and then in production. It is not uncommon in the software industry to see problems that show up only in production environments and not in dev or testing environments.


Wow... after hours we FINALLY get an answer. What did Riot say some weeks ago? They hired tons of new people for better Information? I don't see this at all. The only Information we get are coming after it was "fixed". Nothing when it started, nothing while it was happening.

You should really get some employees who are ONLY for bringing the Information to the players IN TIME...

Information on root causes in incidents require a lot of verification. Sending out information as we find details is really not useful. It contributes to more confusion. During an incident we only communicate the state of the system and what actions players can take. Post incident messaging is about what happened.

Karthus' Q to Get Multiple Animations

Do you think that would be too confusing for enemies to deal with? I think it would be cool but I'm sure it would be a lot more work for the artists.

That's a cool idea -- Lay Waste is one of the truest basic attack replacements we have in the game (fun fact: Karthus did the least physical damage of any champion over the course of the last three months).

I'm confident our animators could come up with 2-3 animations that both conveyed that he was casting Lay Waste while still making his animations feel less monotone.

The New Champ Will Be Unveiled 'Soon'

@certainlyT since you are on the forums, more hints plz about next champ? yasuo or yone??or just anyhting??

Patience. Not going to spoil things too much. The whole team worked put their heart and soul into the champ; we'll unveil him together soon.


Patience. Not going to spoil things too much. The whole team worked put their heart and soul into the champ; we'll unveil him together soon.

By the way, if you are curious about what it's like to work with CertainlyT-senpai, he always carries himself with this kind of gravitas and intent. Making champs is serious business.

tl;dr it's not super clear how to play urgot and what role on the team he fills.

As a long time lover of all things Urgot, here are my thoughts on where he is now.

He has an identify crisis between being a ranged AD bruiser and being an AD carry.

His passive is more for the bruiser playstyle, since he has to (for the msot part) get into range to apply it. Most ADCs will out range him and kite him given good/equal play styles, so by the time you apply the passive you've taken a good chunk of damage.

Spamming Q and trying to autoattack that same target takes a lot of practice/skill. Not necessarily a bad thing, but trying to constantly change targets as an ADC, while landing your Qs (assuming no E lock on) and trying to stay out of the fight is difficult. Further more, if you do land your E in a team fight, your range is short enough that you typically have to get into melee range of their front line in order to bombard their back line with Qs. That and the cast time for Q feels awkward late game when you've got AS, if you're building him like an ADC.

The slow on the shield is a neat trick, but again I'm not sure if this is meant for a bruiser type (stick to a target and whittle them down) or an ADC (stay in the back providing continuous damage output). Or even if he's supposed to be an AD caster.

His ult is also kind of weird to me. It's really only "safe" to use in cleanup or 1v1 scenarios, or as an escape. If you're the ADC, you probably don't want to swap yourself in to initiate. If you swap somebody in a 1v1 to get the bonus stats though, that's far more useful. But it feels like it would be really fun/powerful as an initiation tool, but that's often times bad for urgot when he does that.

Overall it just feels like it has a really mixed kit, which is kind of why I like him. He's my little frankenstein crab dude. But despite playing lots of games, it's hard to find a role he excels at. He's lots of fun as an ADC in lane, but out of lane he falls off. If you build him like a bruiser, he can be a lot of fun late game, but he's a sitting duck in a lot of lanes and has little sustain/waveclear (often times the hallmarks of good bruisers/top laners).

Improvement of Communication With PBE Testers

I agree that our ability to communicate to PBE testers about bugs isn't great or consistent-- whether we've seen them, verified them, fixed them, or even delivered the fixes. In this case of the platform error originally reported, we're planning to deliver the fix for this issue on the next PBE deploy.

My team and I are working on some changes to the PBE community site, since testers deserve to know that their feedback is being heard and acted on. Our approach to collecting and communicating about bugs on the community will probably be a bit different for version 3.15, and we'll be working to improve more over time.

That said, it should be expected that the PBE is a test area where things might be broken, even for several days as issues go through the process. In this case, a subset of players were affected by a bug, and our dev teams reacted within a couple of working days. It's not a good experience for those testers, but instability should be understood as part of playing on the beta server.

Try Your Hand at Fall Arts and Crafts! Fall is in full swing and with it comes cool weather, cornucopias, decorative gourds and the time-honored tradition of tracing your hand on a piece of paper and decorating it like a turkey. Obviously. This year players and Rioters alike are getting crafty and imagining what hand turkey doodles might look like in the land of Runeterra.

Below you’ll find a few of our favorites. The rest you can find on twitter and tumblr using the hashtag #lolhandturkeys. Make your own and post with the hashtag and you may even see your hand turkey featured here!

Here we step back and share a hand turkey decorated in bandages and sadness by Riot Daiminatrix.

Here you can count the entire Commando skin lineup on one hand thanks to Riot Romulus (@riotromulus). 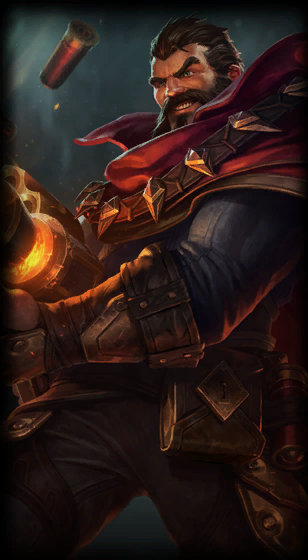 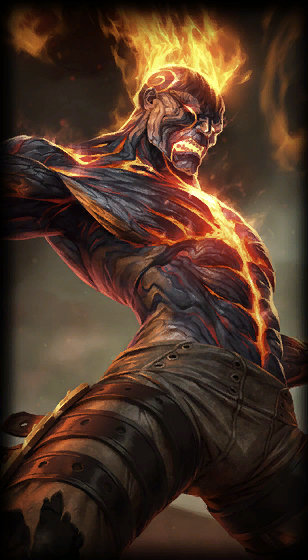 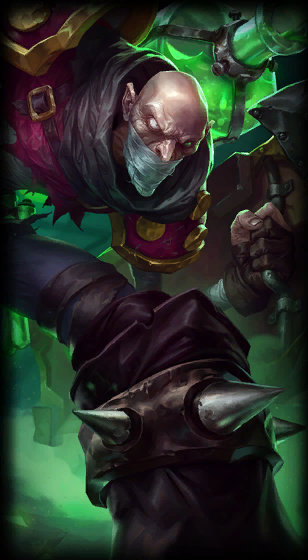